Grandmaster Kim has received special recognition from the Kukkiwon (World Taekwondo Headquarters) for having among the highest numbers of internationally registered black belt students.  He was also recently appointed as an advisor to the Kukkiwon.

Grandmaster Kim is one of the few instructors in the world who is proficient in both the WT and ITF styles of Taekwondo. He has made it his mission to spread Taekwondo around the world. Grand Master Kim teaches seminars to school owners internationally on how to improve the quality of their martial arts schools and improve retention.

Grandmaster J.W. Kim is the founder and head master instructor of J.W. Kim Taekwondo Centers, one of the most successful Taekwondo programs in Colorado, which has served thousands of students over the years and is currently serving hundreds of active students.

Grandmaster Kim was born in Seoul, South Korea before moving to Sao Paulo, Brazil.  He immigrated to the United states at age 18 after being accepted at New York University. In three years he learned English and earned his degree in economics.  He is now fluent in four different languages.

Grandmaster Kim opened his first Taekwondo school in Greenwood Village in 1995 at age 22 (already a master instructor). Twenty years after opening the DTC location Grandmaster Kim has programs in 10 locations, has taught over 15,000 students, and internationally certified more than 1,100 to black belt ranks. 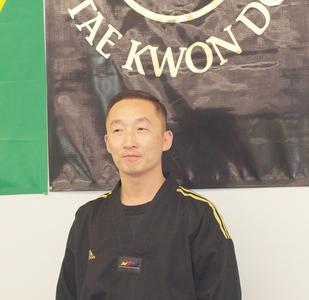